We think that most of you will agree that climate is not the same as it was in the last century. Our grandparents - even parents - are saying that they had different climate conditions; winters with snow were normal and spring which lasted at least two months. A fast change from super-cold to super-hot is nowadays more likely to happen, often skipping autumn and spring all together.

It is not simply something which may happen in the future; data is suggesting that climate change is happening now and we are witnessing that process. A very good documentary from Leonardo Di Caprio titled “Before the Flood“, is a great piece of filmmaking which sums up the damage being caused to the environment and the risks for the near future.

The natural environment is the most sensitive and highly exposed to climate change. But what is happening to the historic environment? All that humans have made will at some point be destroyed by humans – as humans are believed to be largely responsible for what is happening with the climate.

We know that castles and historic city centres, for instance, have long been exposed to the natural process of ageing, through the influence of the weather or by the human hand caused by industry, traffic pollution or a lack of maintenance. Climate change is also acting as a multiplier of the natural ageing process adding to the risk of a faster deterioration.

Conservation experts are those most familiar with the effects of what heavy rain, floods and heat are doing to the stone and iron construction materials in what has been left to from the older, historic periods. It is considered crucial to raise questions and act.

This  is why the 22nd Conference of the Parties to the United Nations (UN) Framework Convention on Climate Change (COP22) held in November last year in Marrakech, Morocco discussed steps to curb global warming to less than 2 degrees centigade above pre-industrial levels. 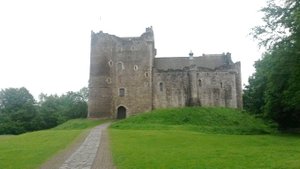 Some cities have already started adapted to the situation; for example Edinburgh in Scotland have seen local companies come together to form an action plan.

Historic Environment Scotland (HES) is an organisation we have found to be most proactive in this area and have allocated £6.6m to be prepared for what is coming, to preserve their valuable heritage for the future generations.

It would be a loss to society for archaeologists not to visit Orkney's Skara Brae, the best preserved Neolithic settlement in Western Europe; older then the Egyptian pyramids and England’s Stonehenge. This is just one example and we could go on and on.

2017 is the year of History, Heritage and Archaeology in Scotland where the intention of the Scottish Government is to strengthen the inter-sector connections which will result in better preservation and valuation of the world famous Scottish heritage.

Last October HES also issued a guide for Climate Change Adaptation for Traditional Buildings. This is a short guide which describes the key aspects of the external envelope of a traditional building which provides protection against the elements, and considers how these can be improved or adapted to increase a building’s resilience to extreme weather events. It also considers the internal environment within older buildings, and how this can be managed to cope with the changing environmental conditions. It can be downloaded here. 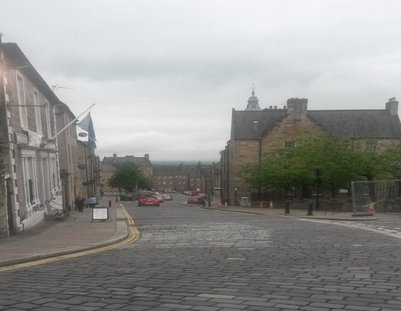 The City of Stirling, Scotland

Although we have focused on Scotland here as a country which pays a lot of respect to it’s cultural assets, there are many counties which can be seen as an example to others.

In our work we have to bear in mind risk; known as the usual obstacles in any project especially budget, time frame, stakeholders etc., However, climate change is one risk than cannot be ignored.

Of course, we have always been undertaking the analysis of the environment impact (depending on the project) but now climate change is flagged as red. We have to count on additional costs that would cover specialists who can provide us with direction on the future development of sites of significant historical and cultural value.