ICOM – the need for changing the definition of a Museum 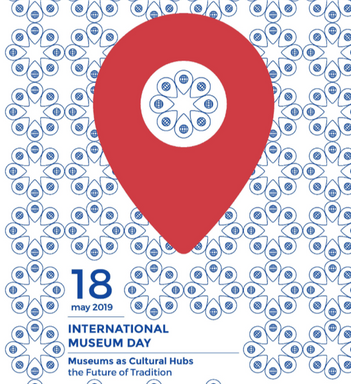 It is less than two months to go to celebrate "International Museum Day"; an event organised by the International Council of Museums (ICOM) and celebrated since 1977. According to the ICOM, last year more than 37,000 museums participated in the event which was held across 158 countries and territories.

This year the event is all about examining the new role of institutions such as museums. There are a number of challenges within the museology business and one of them is focusing the experience at visitors.

Changes in the modern world and society are conditioning changes in the institution of a museum, whose core business has been to retain and preserve heritage, through collecting, conservation, communication, research and exhibitions.  As the leading figures in the museology sector have stated: "Museums have become cultural hubs where creativity and knowledge combine, and where visitors can co-create, share and interact."

The new paradigm is set up and it will be thought through carefully and scientifically examined within the programme at the 25th ICOM General Conference in Kyoto in September 2019.

“A museum is a non-profit, permanent institution in the service of society and its development, open to the public, which acquires, conserves, researches, communicates and exhibits the tangible and intangible heritage of humanity and its environment for the purposes of education, study and enjoyment.” (ICOM Statutes, adopted by the 22nd General Assembly in Vienna, Austria, on 24 August 2007).

ICOM is inviting the community to participate and so proposals for the new definition of a museum can be submitted up until May 20th 2019. A decision will be made at the Kyoto conference in September 2019.

We can all participate and review the submitted proposals and where they are coming from by following this link.

To hear more about the future of museums as platforms for empowerment, about cultural participation and social justice, watch the video where Jette Sandhal - who has been the founding director for two pioneering new museums, the Women’s Museum of Denmark and the Museum of World Cultures in Sweden -  is presenting her views here.

Also, to participate at the "ICOM General Conference in Kyoto - Museums as Cultural Hubs: The Future of Tradition", early bird booking is open until 30th April.

We are looking forward to hearing the conclusions in September!