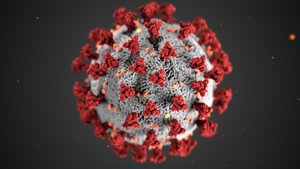 We are presently experiencing the greatest threat to our everyday existence in living memory. The Covid-19 virus, more commonly known as the Coronavirus, has, at the time of writing, claimed 10's of thousands of lives worldwide, with no end in sight. The situation is likely to get worse before it gets better.

What is very clear from the virus is how quickly it can spread across the world, how difficult it is to prevent that spread and how quickly it can cause massive disruption to businesses, supply chains, and most importantly, people's livelihoods.

Of course, we would be inhuman not to recognise that the human toll of those directly affected by the viurs cannot be underestimated. For every person who has tragically lost their life to the virus, this represents not only a loss to society, but also directly affects family and friends.

The daily increase in the death toll is almost hard to comprehend. The numbers of victims are equivalent to a small to medium sized town being wiped out completely. And this is soon turning into the equivalent of a small city.

Many countries have initiated lockdowns, keeping their citizens at home to prevent the risk of the virus spread. The reliance of income through tourism, flying, hotels, daily coffees, indulging in their hobbies, eating out, are all sectors which will be instantly hit.

But soon we will start to see civil unrest, as many people working in the gig-economy are unable to work, and will start running out of money. Then people with salaried jobs are likely to start finding either temporary or permanent redundancy notices. The airline industry is a good example of this, as aircraft are being grounded all around the world on a daily basis. They say most people in the US are only one pay cheque away from economic disaster.

We've already seen panic buying and hoarding in the shops for basic essentials. What if this lock-down continues? Countries have already started closing their borders to the export of food and other commodities, disrupting supply chains further. With so much reliance on just-in-time food logistics import and export around the world the chances of the breakdown of the supply chain are increasing.

That will not only devastate the exporting countries finances and individual jobs, but will also cause further civil unrest in the places where fully stocked supermarket shelves are considered normal.  Coupled with people worried about money, and things can become unpleasant very quickly.

Even before the Coronavirus became widely known, in the UK - and no doubt many other countries - food poverty was already being seen at record levels, and even starting to be considered as quite normal in some places. This is within a healthy economy -  so what will happen if the economy significantly weakens?

We are clearly in new territory here, and it is certain that after the pandemic is over, life as we know it won't be the same, as the financial and social damage caused during this period will be felt for many years to come.

There has already been a recent been surge of interest in people baking their own bread and growing their own food, as they become nervous assessing the possible future food shortages.

Now is a good time to start looking at the future, so see how we can become more economically and socially independent, and less reliant on world events.