The Paradox of the Low Energy Lifestyle 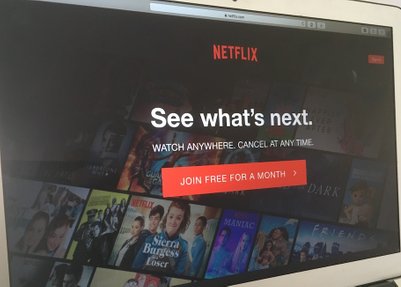 Low energy housing needs no introduction as an important contributing factor to combating climate change. Modern technology has allowed the industry to develop better quality insulation, with lower levels of uncontrolled air infiltration, the prevention of cold bridging and a better quality and increased understanding of the importance of ventilation including heat recovery.

Our modern homes are not only built to higher standards of insulation, but society has also taken steps to phase out old incandescent bulbs in lieu of low energy alternatives, and to develop appliances like vacuum cleaners, fridges and freezes which are more energy efficient than they have ever been. Rooftop solar panels and highly efficient heating and cooling equipment have also helped reduce not only the carbon footprint of properties, but also the operational running costs of the house itself.

Over the years we’ve heard more and more about the environmental damage caused by driving and flying.  Although more efficient cars and aircraft are constantly being developed, the increase in both road and air traffic means the transport sector is the second largest contributor to world CO2, after electricity/heat production. (2015 statistics)

But paradoxically, the more we stay at home and the more money which is spent on creating a low energy house, the more money and energy is used in living our modern digital lives within these houses.

Our digital lifestyle and appetite for streaming on-demand connectivity to the world is seeing an increased burden on the energy consumption of our homes. Our internet servers, wifi routers, games consoles, computers, smart phone charging, table charging, home security systems and smart plugs etc, are all constantly plugged in and using “vampire power” (that’s standby power, which is the term used for chargers or appliances sitting idly on standby mode and not being used, and are sucking your energy usage). Even when we are not using them. Just reading this article, how many charges can you see around you which are plugged in, “live” but not being used?

Streaming internet video like Netflix and YouTube also consume vast amount of power to reach our devices, due to the  ever higher definition of content and higher amount of data which is transmitted to the user.

Looking outside our homes, the rise of the datafarms and their huge energy consumption requirements are a testament to how our digital lifestyles and constant need to share data and steam video is creating huge demands on the environment.

Returning to the home, if we decide not to fly to the other side of the world on holiday in order to reduce our carbon footprint, is it possible that our new-found love of binge watching the entire series of Game of Thrones on Netflix is actually destroying our carbon footprint?

According to Greenpeace  and other organisations, the answer is yes, and the demand will only increase in-line with our digital hunger and reliance on on-line content.

Our digital lifestyle is rapidly becoming so extensive that the entire IT sector, including home-use of our multiple devices, mobile phones and streaming internet media, is now estimated to have the same carbon footprint as the aviation industry, that is 2% of global emissions.

The relatively new datafarm sector which powers our digital lifestyle itself counts for 1% of the global electricity demand, that’s an estimated 200 terawatt hours (TWh) each year, which is more than the demand from many countries, like uding Iran. Even the rise of cryptocurrencies such as Bitcoin are creating new demands on energy use, with an October 2018 estimate of over 70 TWh of energy worldwide required to mine the new currency.

While worldwide renewable energy production (wind, water etc) is constantly increasing, in 2016 the estimates were only 5.9TWh, or only 5% of the total world energy use. In the same year, Netflix was said to only use 17% “clean energy”, and YouTube “56%”. The remainder power is generated by fossil fuels or nuclear.

And so the paradox is that while we have become conscious about saving energy at our homes and offices, cycling to reduce car use, buying local food to avoid an unnecessarily large carbon footprint in transport, we are unwittingly using more and more power and increasing our carbon footprint in other ways we had not expected.

This week a new report by the International Panel of Climate Change has warned that this is our “final call” to save the world from climate catastrophe, and the impact we will face if global warming increases about 1.5c.

Something to consider next time you binge watch your favourite show.