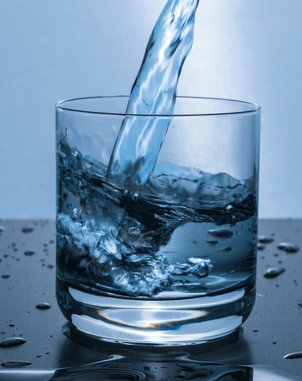 The current water crisis gripping Cape Town should be seen as a wake-up call to all of us, on the importance of water conservation and how changing weather patterns and population shift can quickly create problems in this essential supply.

As the second largest city in South Africa, this famous port town on the southwest coast of the country is home to an estimated 3.74m people in the metropolitan area.  The average rainfall for the city during it's summer period from November to January is 20mm per month over 6-7 days per month.

The city water supply is fed by the six major dams of the Western Cape Water Supply System out in the mountainous areas beyond the city. During the winter months of May to August, the cooler weather brings 70mm-100mm of rainfall on average per month which replenishes the water supplies.

The City Council are actively pushing measures to restrict use of this valuable resource. Banning non-essential water use, encouraging greywater recycling for toilet flushing and spreading the message that dirty cars and greasy hair are a badge of honour during the crisis. Daily water levels are presently 87 litres per person per day and from February residents must use less than 50 litres per person per day. If Day Zero actually happens, the water supplies to the city will be mainly stopped, with residents having to fetch a new daily ration of only 25 litres per person per day from one of the 149 water collection points around the city. The Police are already drawing up plans to guard these collection points, such is the concern over possible civil unrest.

The drought is blamed on climate change and the El Niño weather pattern. Other parts of South Africa which were still suffering from water shortages have seen flash flooding ending their local droughts in 2016. But not in Cape Town.

The drought is also blamed on a massive population growth in the Cape Town region which between 1996 and 2011 saw the City of Cape Town grow by 45%. Insufficient progress on the construction of desalinization plants is also blamed.

The water crisis is not simply about a lack of water supply to the tap and the risk of having to collect rationed water from collection points.  There are also huge economic implications too. The local Cape Town agricultural sector responded to the water crisis by reducing their massive daily consumption by half. The result is that this scaling back of activity also saw the loss of 37,000 jobs nationally in the sector and supply chain, and not simply in the Cape Town region. With a sudden increase in unemployment and the increase in cost through food price inflation, an estimated 50,000 people have been pushed below the poverty line due to job losses and increased prices in the supermarkets.

With no end in sight to the crisis and even religious groups holding largescale events to pray for rain, the situation remains critical. As climate change affects us all, how long before other major cities in the world start facing similar problems on water supply? Our TV's have often shown droughts in far-away and mainly rural parts of the world, but when suddenly the news is reporting major city droughts, are we geared up to cope with this?

For a recent project in Uganda we have been comparing daily water usage patterns for local workers compared to Europe and North America. There remains a huge difference in usage and expectation of usage in different regions.

Grey water recycling for toilets, waterless urinals, aerator taps (faucets), rainwater harvesting are all slowly becoming more and more acceptable, but when it comes to preserving water, we have been slow to adapt, mainly on the belief that water shortages won't be coming to our part of the world anytime soon.

But could we learn to live on 25 litres of water per person per day if this became the norm? Maybe now is the time to start thinking more about water conservation, as the environment is changing and becoming more unpredictable. An adequate supply of clean, safe water is fundamental to our lives, our livelihoods and our economies no matter where we live.